If you have a testimonial to share, please send us an email or Facebook message. We love to hear about your pets!

"Our patient is a 12 year old male neutered tiger cat named “Chicco.”  He presented in October 2014 for weight loss. Routine cbc and chemistries were normal and a urine sample was not attainable at the time. The owner was advised to follow up with urinalysis at their convenience. The cat was not seen again until November 2015 with 5 ½ pounds of weight gain and urinating large amounts. We again ran a cbc, chemistry, and were able to collect urine for a urinalysis via cystocentesis. His cbc was normal and his blood chemistries were all normal except for a mildly elevated blood glucose at 221 micrograms/deciliter. Chicco’s urinalysis results demonstrated a specific gravity of 1.024, 2+ protein, pH 7.0, negative for ketones, and a 2+ glucose. Microscopically there were 3-5 WBC’s per high power field and 2+cocci bacturia.  At this time, we diagnosed diabetes mellitus with a secondary UTI.

Our treatment plan was simple. We needed to get our patient to lose weight in a manner that would also allow for better glycemic control and we needed to treat the UTI. The UTI was treated with an injection of Convenia at the request of the owner since giving the cat oral medications was quite difficult. The difficulty with our plan was that the best way to achieve the weight loss and glycemic control traditionally meant a high protein, low carbohydrate canned food diet and our patient, being a cat, refuses to eat any form of canned food. Enter our savior, one of our long-standing clients who happens to work at a local pet food company. Our client had been in a while back super excited to talk about the new foods for cats and dogs that her company had developed. After getting some samples and reading about the product and some of the other testimonials, I started getting excited too! A dry cat food that was metabolically appropriate! This fits the bill for most owners because of convenience and for veterinarians because of the content.

We started our tiger cat, “Chicco”, on the Young Again ZERO Formula. One month later, we were extremely pleased that our patient’s drinking and urination patterns had returned to normal, he had lost a full pound, his urine glucose was negative, and his blood glucose was124 micrograms/deciliter.  With just a diet change we were able to resolve his current health issues. Thanks Young Again!!"

"Thank you for making YA Mature Health for cats! One of my 4 cats had stones and needed to be put on special food to dissolve and maintain her urinary health. It was difficult to do with 3 cats that did not need it. Since switching them over to Mature Health, they all eat the same food AND Chloe's stones dissolved and have been gone almost a year!" 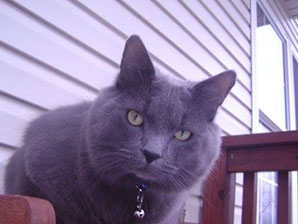